Old school bass head here guilty. I installed in Las Vegas NV back in the late 80’s for years. I have installed in almost every vehicle I have owned the, list is long. When my son said he was ready for a system. Dad starts Research. I use to run Jl w6, Fosgate power pro. Ect. I chose Skar what the hell the price unbelievable if your old school. Good power was around a dollar a watt. Went with a SVR 12, RP1200 and SKV 100.4. System was amazing! Now dad wants bumps again. So One VXF 12 one Rp 2000 one RP 150.4 6.5 Skar separate’s up front 6x9’s rear deck. One 350amp alternator two SX batteries. (Chrysler 300) Final words amazing equipment at the price! Here we are one year later cars still sounds amazing! Thank you Skar. My install not sexy like my sons. This 12 is down firing and ported through the rear deck. 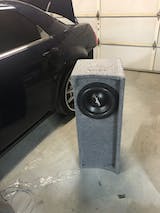 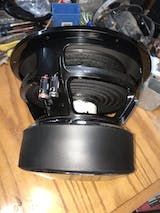 Even though I'm still breaking in the sub the quality and sound is just amazing! I'm so happy of my perchance I would definitely recommend buying one or two if your looking for some serious bass. Box and sub weight together is 85 lbs!

Absolutely loving both of my VXF-12 subwoofers. They handle the power rating and then some. Like the design. Love the flat thick tinsel leads. The pole venting built in the motor does its job Very well. Love the stiff dust cap. Along with the thick surround. There’s is only one design flaw I don’t like is, how close the push terminals are flush with the basket. Almost making installation difficult. Especially if you have 8 gauge wire running to the speakers. 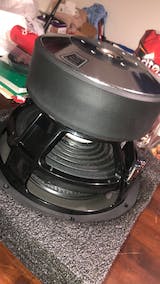 Just received my two VXF-12 D2 today. Installed them in a 4.6 cu. ft. Box after subtracting everything inside, including sub. Running them with a Hifonics BG 3300.lD Running them at .5 ohm. Bass is so clean sounding even rite out of the box. Amp is barely getting warm after two hrs of play. Highly recommend Skar subs.