Best sub and amp combo for the price! Sub slaps, and the amp provides more than enough power to push the sub. The amp wiring kit is A1!

B
Brian Tabar
A++

I swear this 1 sub is so loud for just a single sub. People ask what size are NY subS nope just 1. For sure worth the money will be getting me one more atleast 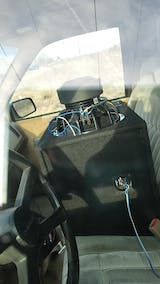 I needed more bass for my Lexus and got waaaayyyyy more than I expected. My system has been installed for 6 months now and I've had zero issues.

I’ll be honest I don’t normally write reviews but the guys at Skar deserve it. When I first heard of Skar I pretty much wrote em off figuring they were a knockoff company. Big sound low prices, almost as if they belonged on the shelves at Walmart. I was WRONG!! When I seen they had this sale going on I bought an Evl 12 2ohm along with a Rp 2000 amp to power it. Totally blew my mind when I hooked it up in my 07 Infiniti G. To see this sub flex almost as if it Liquefies itself is nothing short of impressive. The sound it puts out was a helluva lot more than JL 1000/1 I had powering 2 Infinity Kappa 12’s. I’m sold hooked and a staunch supporter now, in fact I’m going to order another 12 and amp because I simply can’t get enough of the hit Skar provides. Thanks guys for providing us all with an amazing affordable product!!! 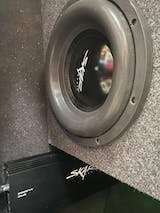