Never used Skar Audio before, didn't know a lot about their products. Did some research and saw actual Dyno testing of the RP1500.1D, which was impressive. I bought one with an EVL 15 and all I can say it WOW! It sounds amazing and the power is all there and then some. Thank you guys for the amazing bass! Definitely telling everyone about Skar Audio. Wouldn't be surprised if I do the whole front end with Skar!

Pics of my rough draft install.

B
B.m.
DDX MUCH BETTER THEN THE EVL

Dont get me wrong the evl is a beast but for better bass with a bigger motor go with the ddx ...on another note i wish they brang back the vvx version 2 back 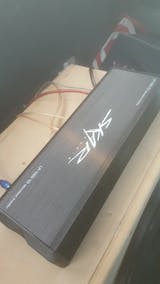 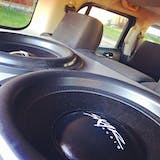 A
A.O.
Best bang for buck with sound quality!

I built my system for sound quality and not boom! Well all of the reviews you've read aren't lying. I've been debating over this sub, jl audio w7 and the kicker L7Q series subs. Now here in lies the problem, I'm cheap and want the best but don't want to pay extreme prices for ok performance.i have tuned $20,000.00 systems and want that or better. So after putting together the best audiophile quality mids and tweeters. I used skar vd 8's for the doors and evil 15 for the rear low end in my Corvette. Orion amp for 8's and mids. Rockville amp 1200 watts for the evl15. After installing large ribbon tweeters, some mids and swans hivi f5 mids the skar subs didn't disappoint! They are very musical and hit incredibly tight and clean with killer SPL! it doesn't matter if I'm listening to classic rock, heavy metal or Lil Jon. It sounds outstanding! By the way I have about $1200 in one of the best sounding stereos I have ever heard! The EVL 15 is mounted on 3/4 inch birch plywood in the center rear well. No box. The area it sits in is about 2 cubic feet. It slams with any type of music it's just a knob turn away! Outstanding value! Excuse the mess still finishing the installation up.