Shipping was was super fast, I actually purchased 2 of the 8 inch loaded sub boxes. Have hooked up to the skar 350 mono block amp. It sounds really good. I'm a satisfied customer!!!

Purchased this sub with the bass package. And ended up buying a second sub and ran them down to 2ohms. These are perfect for a hatchback or SUV. And they bang. And depending on what song is playing I can feel my hair move. So yes great sub. 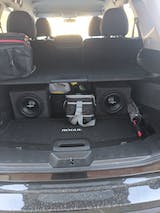 they sound incredible i have two setup in a parallel, two ohm setup powered by a 500 watt RMS amp. it is more than enough and sound perfect in my VW Golf 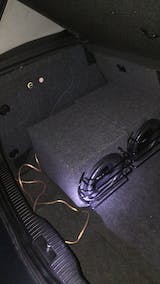 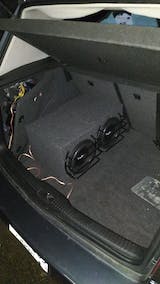 I bought this subwoofer on a whim. Saw that Skar Audio had this subwoofer wired at 1 ohm to the RP500.1D and pounded it at 40 hz. So I bought it. Can't beat the price with the enclosure. Pulled the sub out to take a look at the internals, and the box was braced extremely well inside. The only thing I didnt like is if you buy this sub in the enclosure, it doesn't have the push button terminals. It has terminals like regular speakers do, the tabs, and they had it wired at 4 ohms. I had to modify these and put the woofer in series so if this is your plan then you will need a solder gun. I have it at 1 ohm now on the RP350.1D at 350 watts and it takes it all day!!! Fits right in between my seats in my Ford Ranger. Sounds so good can't wait until they are truly broke in!!! I recommend it if your looking for quality sound at a low price and space is an issue. 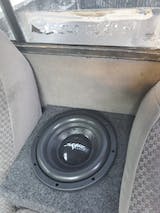 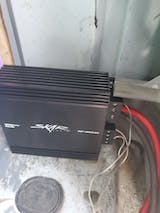 I've been involved in mobile audio for decades. I usually run high end subs rather than entry level. However, I didn't want extreme spl in my daily. So I decided to go with this package because of it's value, compact size, and fact the box was pre tuned to the subwoofer.

First impression after unboxing was that it was very clean. Great simple design. The sub seems well made. The box on the other hand was sub par. I had reservations about using a 5/8" wood in the first place, but assumed a small sub with low wattage... 5/8" would be plenty. That seems mostly true to this point. However, the terminal post was not even glued in (let alone screwed in), and the carpet was obviously not tucked, but rather just cut to exact length and glued. Joints on the other hand seem solid, and there is even small wood reinforcement beyond the box itself.

The sub was connected to an old school 5ch hifonics (API) amp. Rated at 200w x 1 at 2ohm. I thought this would be a good match for the little sub. The sub wanted a little more oomf though than the rated wattage to really come alive. So I wired the sub down to 1 ohm, and she really started to sing. Low end between 40 to 80hz is very impressive for what it is. Anything lower than 40hz becomes a little sloppy, but that's to be expected with an entry level sub. Strong stabs of bass at certain frequencys can also get a little wobbly.

Overall though, this sub sounds very nice as an addition or supplement to the existing factory sub. I also like the fact that with a little extra reinforcement and polyfill , the MA-8 would work nicely in the same box. So upgrading later would be fairly seem less. The value at $69 is beyond worth it. I give it 4 of 5 stars, only for the fact that the terminal post wasn't secured properly.