I've owned mine for 1 year now so this is definitely an honest review. These pack a punch so bring a lunch 😂. They have a real good punch with solid 👌 deep notes. The deep notes aren't extremely heavy but it's enough to make your mirrors and windows shake. I've only ran into 3 issues.

The first issue: they use 12 gauge wire for the setup when it should be 8 gauge. The subs were being under powered it turn caused a short in the wire. After replacing it, it was smooth sailing from there.

Second issue: they were really hard to get out of the box. They used screw fasteners instead of drilling into the wood but one of mine was stripped. Also you can just pull it out easily. There's a built in bracket that holds the motor in place as a counter weight measure. So I had to ease it out as best I could. It took me roughly 15 min per side. In case you read this Skar audio I like the idea of a motor bracket in the box however I think just a half bracket will do just as nicely. Just a thought.

The Third issue: For the longest I thought they were playing distorted music for at least 3 months. Couldn't figure it out. Gains and alll were set properly I used an SMD DD-1 tool for that (highly recommend). But still didn't change anything. Then I figured it out. The carpeting of the box was flapping around inside of the ported cage guard. I had to remove the cage guard, cut off the access carpet, paint the unpainted port of the box, then adhesive the carpet back in place and put the guard back on. Sounded beautiful after that. (Picture show before I painted it).

Other then these little Tiff's I hope this helps out the next guy. These sound really great I do recommend 👌 these for the price 😁🥰😁 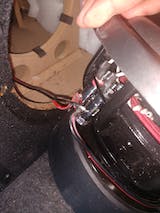 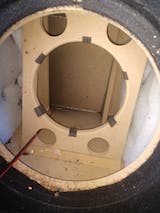 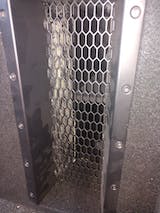 B
B.
Honest Review

I will post a review when the rp2000.1D and this loaded enclosure is installed with proper electrical (370 amp Mechman alternator) and big 3 upgrades aftermarket head unit with descent voltage out on RCA's etc haven't seen one for the evl 10s definitely with good voltage I'll add video too.But looks good and seems legit..

I recommend getting atleast a 2000 watt amp